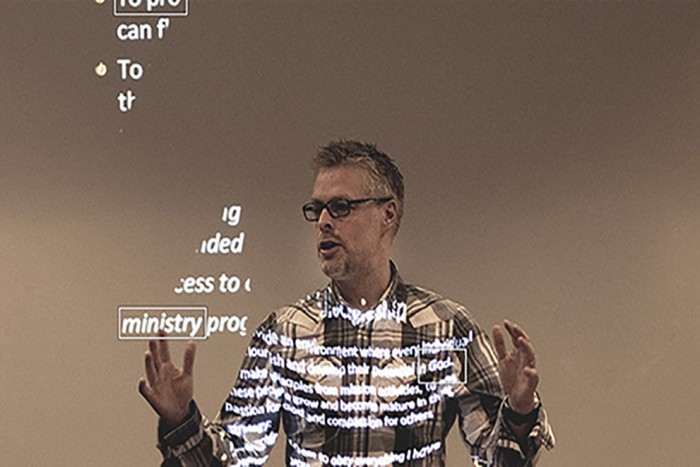 Translation memory is one of the most popular features of CAT Tools (Computer-Assisted/Computer-Aided Translation Tools) used by translators. This resource serves a simple purpose: to store all translated content and attain greater assurance, consistency between terms and identical phrases in the same context, and greater productivity in content translation. The translation memory may contain the history of a few or many prior projects for the same client, provided that it is related to the same subject or context that was translated earlier.

In most CAT Tools, this feature is available for any language pair, automatically establishing a split between phrases (textual periods). As the translator progresses through the text, translated content is saved by the tool. Each translated sentence is stored in the memory as a segment.

The CAT Tool usually separates each phrase above so that its translation can be inserted manually:

Translation of segment 1 (manual translation): This is a text with a concept explanation of translation memory.

Translation of segment 2: The main objective is to explain this important feature.

If these same sentences are found in the same text or in another text within the same project, the CAT Tool will detect the match and inform the translator, who will not need to translate the same sentences again within the same context. This ensures that what was previously translated can be reused, generating a series of benefits for the client, particularly regarding consistency, speed and reduction in total translation cost.

There are two forms of interaction: the first is feeding into the memory as shown above, where terms and text phrases are stored therein; and the other is recovery, which further enhances productivity and consistency in translation, generating matches between such segments through a report that identifies the level of similarity between excerpts from previous texts and other projects for a given client, in a cumulative process. In other words, aside from exact matches, where the phrases encountered in the text are identical to those already translated in the memory (which can be reused without editing), similarities can also be detected which have few changes within a segment. When this happens, the CAT Tool detects such phrases and informs the translator.

For example, if later on in the same text as in the example above a phrase appears that is identical to segment 1, the suggested translation for that segment will be pulled from the memory by the CAT Tool and shown to the translator as an exact (100%) match:

Suggested translation (100% match): This is a text with a concept explanation of translation memory.

However, if later on in the same text (or in another text within the same project or for the same client), for example segment 500, a very similar phrase appears, the CAT Tool will detect that it is a similar segment.

Suggested translation (90% match): This is a text with a concept explanation of translation memory.

Translation after review of segment 500: This is a text with a practical explanation of translation memory.

One interesting detail about translation memories is the format developed by OSCAR (Open Standards for Container/Content Allowing Re-use), TMX (Translation Memory eXchange), an open standard that enables the exchange of memories between users of various CAT Tools, promoting cooperative forms of translation and memory compatibility from one CAT Tool to another.

Unlike the outdated model of charging per page, translation memory tools serve the interests of companies because they reduce costs and deadlines, in addition to ensuring quality in translations. This is also advantageous from the translator’s standpoint, because the tool offers assurance when translating certain passages in a more standardized manner.

ZAUM works with translation memories to deliver quality projects according to the needs of each client. This feature is also used to provide services at fair prices, given that words already existing in the memory generate special discounts in projects, because the number of projects completed for each of our clients is a factor that directly impacts the translation memory.